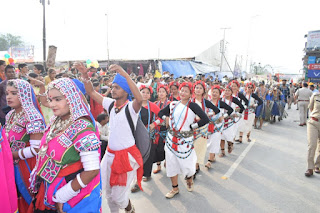 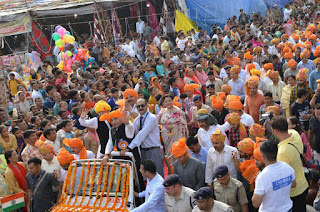 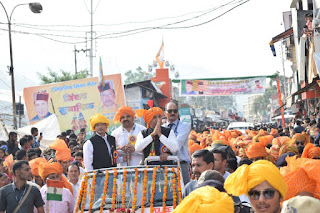 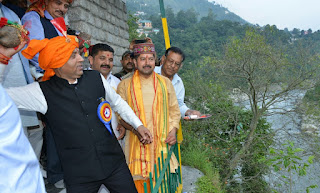 The Chief Minister led the colourful Minjar procession of the deities accompanied by dancing troupes, traditionally attired locals, tourists, traditional drum beaters along-with Police and Home Guards bands. He offered the Minjar consisting  of a coconut, a coin, a fruit, and a few sherfs of paddy tied in a piece of red cloth, to the Ravi river.

Earlier, the Chief Minister witnessed wrestling bouts at the historic Chaugan and distributed prizes to the winners.

This complex has been completed in a record time of eighteen months and inauguration of replacement of old gravity pipeline of water supply scheme to Chamba town completed by spending an amount of Rs. 3.60 crore. This would benefit about 25,000 population of the town and provide 31 lakh litres water per day.