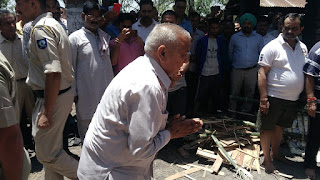 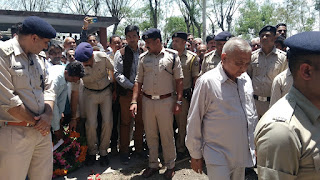 Jawalamukhi ----Ramesh Dhawala ,Vice Chairman of State Planing Board expressed profound grief over the demise of freedom fighter Sushil Ratan, who passed away Yesterday at Chandigarh after prolonged illness.
In his condolence message, Dhawala  said that he is saddened to hear about passing away of freedom fighter Sushil Ratan, who gave his valuable services to the society and also took part actively in the freedom movement of the nation.

He expressed his condolences with the family members and prayed to the Almighty for peace of the departed soul.

Born on 31 March, 1924 at Garli village in Kangra district, Sushil Ratan fought Assembly elections in 1985 and 1990 as the Congress party candidate. He also remained Vice Chairman of Khadi Board and Freedom Fighters Welfare Board.