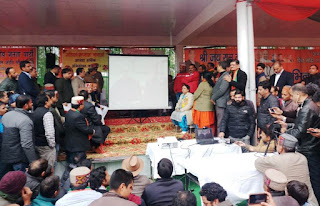 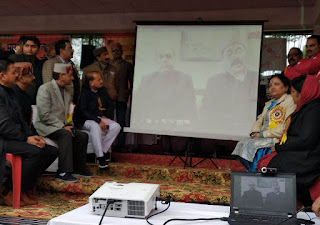 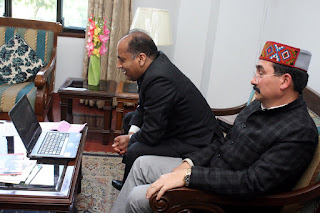 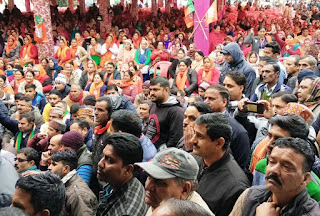 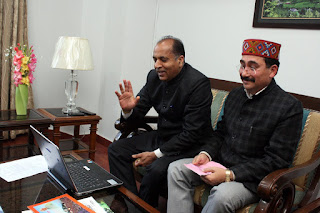 Dharmshala----Chief Minister Jai Ram Thakur announced up-gradation of Primary Health Centres of Sulah and Bachwai to Community Health Centres (CHCs) and  Dheera sub-tehsil to tehsil besides opening of Irrigation and Public Health Sub-Division at Sulah. He was addressing the people of Sulah Assembly constituency of Kangra district from New Delhi through video conference as he could not reach to his proposed visit to Sulah due to bad weather on Wednesday.

The Chief Minister said that a  full-fledge ITI would be opened at Garh Jamula soon as at  present there were only  four trades in this ITI  but efforts would be made to start more trades soon.

He announced Pharmacy College for Sulah and opening of sub-tehsil at Sulah. He also announced Rs. 10 lakh each for Guru Ravidas Mandir, Bhawarna and Gugga Mandir, Dalera.

Jai Ram Thakur said that the Nation was rock solid behind Prime Minister Narendra Modi and the country was capable to give befitting reply to Pakistan. He said that the strong Central leadership has exposed the misdeeds of Pakistan and it has been isolated in the world community.

He announced Rs. 50 lakh for improvement of various roads of the area.

They also laid foundation stone of 33KV Sub Centre Nagni to be set up at a cost of about Rs. 4.98 crore. This 33KV Sub Centre will benefit about 35,000 people of 27 villages of 10 panchayats.

They laid foundation stone of additional accommodation in newly upgraded 50 bedded hospital at Bhawarna to be constructed at a cost of Rs.24 crore and dedicated newly created PWD division office at Bhawarna.