State Government committed for balanced development of all areas of State: CM 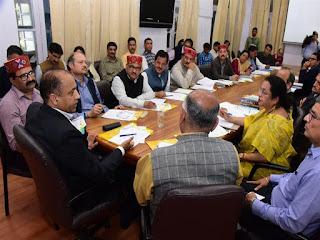 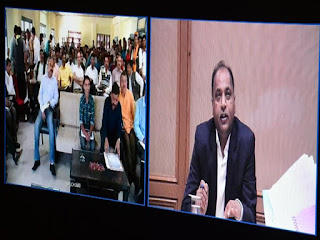 State Government committed for balanced development of all areas of State: CM

SHIMLA-----Chief Minister Jai Ram Thakur said here today that the State Government was committed for balanced development of all areas of the State with special focus on those areas which had remained neglected due to one or the other reasons. Chief Minister was addressing the people of Balichowki area of Siraj Assembly constituency in Mandi district through video conferencing from C.M Office, Shimla.

The Chief Minister said all the link roads in the areas damaged due to heavy rains would be repaired and maintained at the earliest. He said that appropriate funds would be provided for construction of Dhalot-Kangani road upto Thachi. He said that Sudhani-Thata-Gadagusaini road would also be constructed and improved.

Jai Ram Thakur said that he would participate in the 7th Jan Manch being organized on 7th October at Panjain in Balichowki area. He urged the people to actively participate in the Programme to redress their complaints and grievances on the spot. He said that efforts would also be made to construct a Gau-sadan in the area so that the crops of the people could be saved from the stray animals.

The Chief Minister said that helipad would be constructed at Thachi and efforts would be made to develop the area from tourism point of view.

Elected representatives of Panchyati Raj Institutions, Yuvak Mandals, Mahila Mandals and general public of the area interacted with Chief Minister regarding their grievances and Chief Minister gave necessary directions to the concerned officers and Deputy Commissioner, Mandi Rugved Thakur who was connected with video-conference from Mandi.

The Chief Minister said that the Kullu Dussehra was an important event for the people of the State and it should be ensured that its cultural legacy should be maintained. He also directed to provide opportunities to Himachali artists to perform in the event so that the local talent could be encouraged at large.

The Chief Minister also directed for organizing rural sports activities such as Kabaddi and volleyball in a befitting manner. He said that uninterrupted electricity supply would be ensured during the fair and three generators would be installed.

He said that the international troupes and artists coming from outside the State should be taken proper care of and law and order should be maintained at all costs.

Secretary, Language and Culture, Dr. Purnima Chauhan said that around 210 local deities had been extended invitation to participate in the weeklong festival and also gave detailed account of expenditure and savings. She said cultural troupes from eight States and Russia are expected to perform during the seven day fair.