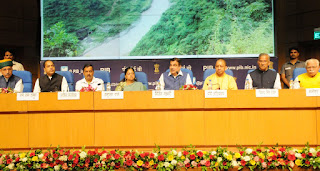 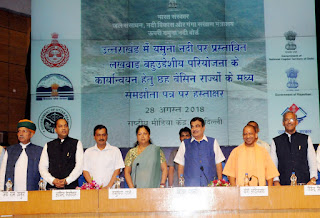 The Lakhwar MPP envisages constriction of 204 metre high dam across river Yamuna with live storage capacity of 330 million cubic metre (MCM) and generation of 330 MW of power. The project benefits include, supply of 79 MCM of clean drinking water which would go a long way in solving the water scarcity issues in the six states, 65 percent increase in non-monsoon flows in Yamuna river and bring additional 34,000 hectares under irrigation. Govt. of India will bear 90 percent cost of the water component project and the rest 10 percent of the water component would be borne by States in the ratio of water allocated to them as per water sharing MoU of 12.05. 1994. The cost of power component of the project would be borne by Uttarakhand and they will avail the benefits of the power generation. The project would be constructed by Uttarakhand Government within 54 months and project work would be monitored by Upper Yamuna River Board.