A Full Court Reference held in the High Court of H.P. to mourn the sad demise of Justice R.C Lahoti 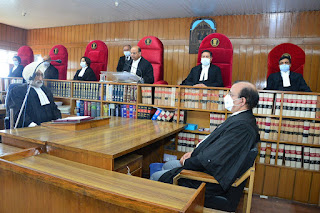 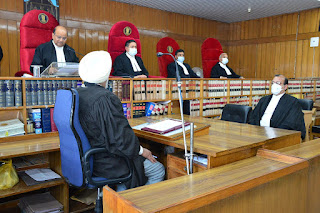 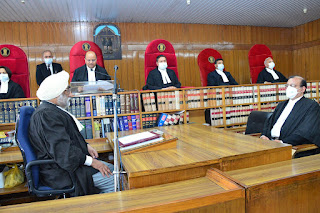 Born on 01.11.1940, at Guna, Madhya Pradesh, Justice Lohati joined the Bar in District Guna in 1960 and enrolled as an Advocate in 1962. In April, 1977, Justice Lohati was recruited directly from the Bar to the State Higher Judicial Service and was appointed as a District & Sessions Judge. After functioning as such for about a year, he resigned in May 1978 and reverted to the Bar for practice mainly in the High Court. Justice Lohati was appointed as Additional Judge of the Madhya Pradesh High Court on May 03, 1988 and permanent Judge on August, 04,1989. He was transferred to Delhi High Court on February, 07, 1994. Justice Lahoti was appointed as a Judge of Supreme Court of India on December, 09,1998 and thereafter on 1st June, 2004, appointed as Chief Justice of Supreme Court of India. Justice Lahoti retired on 1st November, 2005.

Speaking on the occasion, Hon'ble the Chief Justice Mohammad Rafiq said that during his nearly 7 years tenure in the Supreme Court, Justice Lohati authored about 342 judgments. He was a former independent director of the Board of directors of the Press Trust of India. In 2006, the then Prime Minister of India, Dr. Manmohan Singh presented him with the National Law Day Award for his unique contribution in the field of administration of justice, making it friendly to the people at large. The Chief Justice said that Justice Lohati will always be remembered for his contribution to the Rule of Law and his efforts to enhance the dignity and majesty of the institution.

The Chief Justice while expressing his deep condolence to the bereaved family said that with passing away of Justice Lohati we have lost a fine gentleman, a great jurist and a great personality.