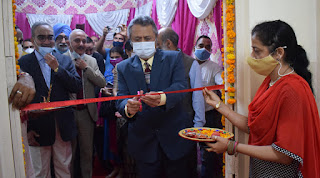 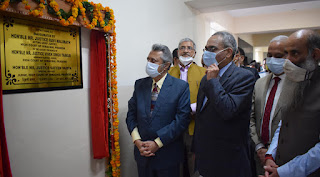 On these occasions, Hon'ble the Acting Chief Justice said that the H.P. High Court is making dedicated efforts to ensure speedy and cost-effective justice to the people near their doorsteps. He said that these new Courts have been established to make the judicial system more accessible to the public, especially to the people the rural areas. He underlined the need for the joint effort of the Bar Associations and the Judges to make the judicial process more people-oriented. Congratulating for the new courts, he asked all the concerned judicial officers and the Bar Associations to understand their responsibility and do qualitative work. After the inauguration, he asked the concerned Judicial Officers to start the case proceedings in the newly established Courts.

Till now the people of the aforesaid areas had to travel to District Headquarters or other Sub Divisions located at distant places to get justice, but with the establishment of these courts, all such people will be facilitated.

- Photographs of the inauguration function.
--