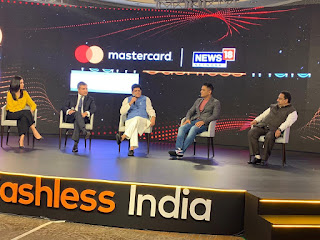 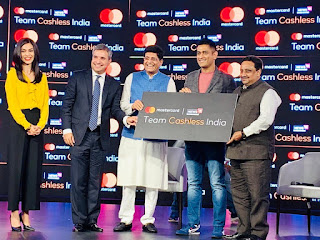 While appreciating the initiative of both CAIT & Mastercard, Shri Piyush  has emphatically suggested to all leading organisations and corporates of India who are into digital Payment solutions to Partner with organisations like CAIT to form a collaborative arrangement to push for an exponential growth in cashless and digital India. He said that there is a great need to educate & aware the merchants and to encourage them for adoption & access of digital payments in their existing business format because the ultimate onus of digital payments lies on merchants because it is the only connecting point for consumers.

Shri M S Dhoni while speaking at the event said that for a sound economy every money spending in the Country should be accountable. Digitalisation of shops in the Country will enhance creditability of the traders and in turn they will be eligible to obtain more formal finance in a easy manner. Access of credit to merchants will result into better growth of business and will contribute substantially to economy. He said that he is pleased to associate himself with the campaign and will leapfrog the same.

CAIT Secretary General Mr Praveen Khandelwal said that in furtherance of the vision of Prime Minister Shri Narendra Modi, the CAIT in association with Mastercard launched a digital payment campaign in 2014 and hold about 300 conferences across India resulting into onboarding of about 35 % traders in digital payments landscape. We will run Team Cashless India campaign on the same lines and have set a target of adoption and acceptance of digital payments by 50 lakh traders by March, 2020. He urged the Government to waive off the bank charges levied on digital transactions and Govt should subsidise those charges directly to Banks. He also said that COD in e commerce should not be allowed. He further said that NPCI should remain the owner of Rupay and an independent regulator should be constituted for digital payments sector .

Shri Praveen Khandelwal spoke on various aspects of Digital Payments and how the Indian Trading diaspora is increasingly moving towards a cashless economy. He also highlighted the significant roadblocks faced by traders in adopting digitisation like high bank charges on cards, high cost of imported POS Machines and lack of incentives on accepting digital payments. CAIT has pledged its full support to Hon'ble PM Shri Narendra Modi's Vision of making India a thriving digital economy and has welcomed all companies and organisations to work jointly with CAIT.