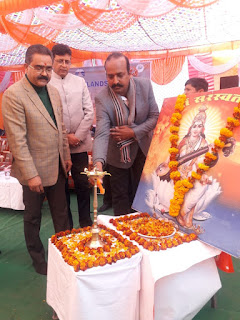 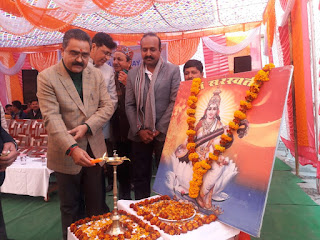 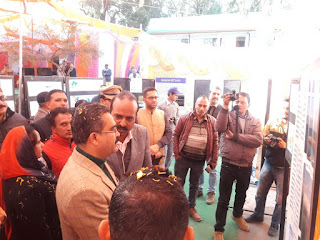 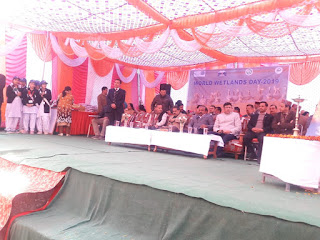 In his inaugural address Bikram Singh told that the present State Government has got approved a project proposal on "Wetlands Management for Biodiversity and Climate Protection" from the Ministry of Environment, Forest and Climate Change, GoI and Ministry of Environment, Govt. of Germany. He further told that the project is about 32 Crores. Four wetlands have been selected from across the country. It a matter of proud that two of these are Pong Dam and Renuka are in Himachal Pradesh. It is a big achievement for the Government. Hon'ble Minister further highlighted that this amount would be utilized for wetland management, biodiversity conservation and climate protection. He told that about 400 students from 20 schools of the District have participated in the programme.

The objective to celebrate the World Wetland's Day depicts the responsibility of each and every citizen of the globe to commit and contribute for wetland conservation.

Since the inception of treaty, the HIMCOSTE has been able to get Ramsar status for three of its important wetlands namely; Pog Dam, Renuka and Chandertal.

The theme for World Wetland's Day 2019 is "Wetlands and Climate Change." This year's theme prompts all of us to think how we can contribute to rejuvenate the shrinking wetlands and its surroundings. In the urban areas the wetlands are shrinking very fast which is posing a serious threat to the wellbeing of this crucial ecosystem.

Wetlands are important in providing numerous ecosystem beneficial services for people, wildlife and aquatic species, including protecting and improving water quality, providing fish and wildlife habitats, storing floodwaters and maintaining surface water flow during dry periods. These valuable functions are the result of the unique natural characteristics of wetlands.

There are 26 notified Ramsar site in India out ofwhich three are in Himachal Pradesh (PongDam in Kangra; Renuka in Sirmaur and Chandertal in Lahaul&Spiti).Besides, Rewalsar (Mandi) and Khajjiar (Chamba) have also been included by the Ministry of Environment Forests & Climate Change, Govt. of India for its conservation and management.

As per information received from Wildlife wing of Department of Forest, GoHP, more than 1,15,000 migratory birds visited Pong Dam this year, 6,000 more than the last year visitors. About 30,000 Bar Headed Goose visited the wetland. In total waterfowl of 103 species visited the Pong Dam wetland.