Palampur to be developed from tourism point of view: Chief Minister 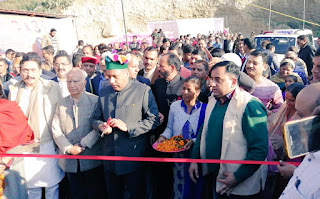 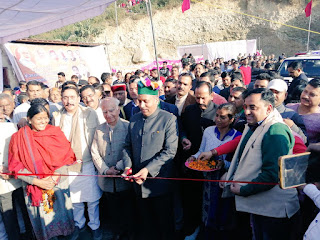 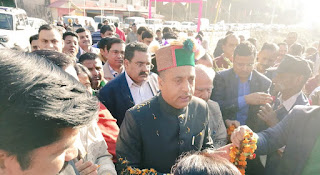 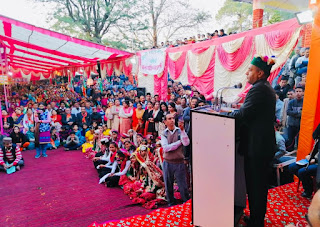 Palampur to be developed from tourism point of view: Chief Minister

Work on Himani Chamunda and  Palampur ropeways to be started soon

SHIMLA---While addressing a largely attended public meeting at Nagri in Palampur Chief Minister Jai Ram Thakur said that efforts would be made to develop Palampur area  from tourism point of view and for this work on Himani Chamunda and  Palampur ropeways would be started soon so as they could emerge as major attraction for the tourists visiting the area.

Jai Ram Thakur said that some of the opposition leaders were making much hue and cry about his Delhi visits. He said that it was due to better coordination between the Centre and the State Government that the State succeeded to get developmental projects worth Rs. 9000 crore sanctioned from the Centre. He said that four and a half year tenure of the Central Government led by Prime Minister Narendra Modi has ensured that India emerges as a super power amongst the comity of Nations.

The Chief Minister said that the Bindh Nala Drinking Water Scheme at Ghuggar  to be completed at a cost of Rs. 25.08 crore, foundation stone of which was  laid by him today would help  in augmentation of 12 schemes and would benefit over 67000 population of 98 habitations of the area.

The Chief Minister announced that car parking and Circuit House would be constructed in Palampur. He sanctioned water supply and irrigation schemes worth Rs. 6.67 crore and Rs. 9.34 crore for the area and they would be posed to NABARD for funding. He said that the Chowk would be named after the martyr Sanjay Sharma as a mark of respect to the martyr.

The Chief Minister also inaugurated double lane bridges over Undharu Nallah and over Barthari Khad constructed at a cost of Rs.  4.94 crore and Rs. 3.67 crore respectively.

Former Chief Minister Shanta Kumar while addressing the gathering said that it was due to the efforts of the present State Government that work on  Himani Chamunda ropeway would get started soon.

BJP Mandal President Sanjiv Soni welcomed the Chief Minister and other dignitaries present on the occasion.