Modi Govt not doing enough to bring back black money--Congress 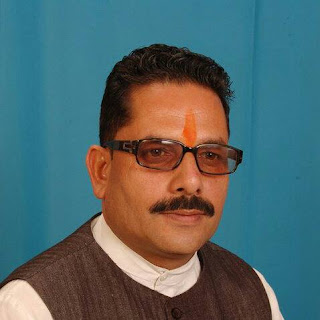 Modi Govt not doing enough to bring back black money--Congress

JAWALAMUKHI -----The Himachal Pardesh Congress committee on Saturday said that the Modi government at the Centre is not doing enough to bring back black money to India, and alleged that it was colluding and conniving with liquor baron Vijay Mallya.

"Stark truth is that Vijay Mallya ran away with active connivance and protection of Modi government. Will Modiji answer, will Arun Jailtley answer that 9,091 crore rupees of money belonging to the common persons will be recovered from companies of Vijay Mallya. Who tipped off Vijay Mallya to run away?," State Spokesperson of Congress Party Deeepak Sharma said while addressing the media persons here today at PWD Rest House.

He questioned Mallya was coming back to the country. "When banks were moving the tribunal and then the Supreme Court for his arrest? Which was the union minister whom he met and consequently he ran away over nigh? How is he going to come back? What plans does Modi government have to take concrete action against Vijay Mallya and chote Modi 'Lalit Modi'", he said.

Farmers commit suicide even for not being able to pay 10, 000 rupees or 50, 000 rupees and they are forced to commit suicide but a person who is gone away with 9, 091 crore rupees, " Sharma  said, adding, "Chota Modi Lalit Modi, who is accused of money laundering they continue to enjoy. Is this the fair and lovely scheme of Modi government to back black money?