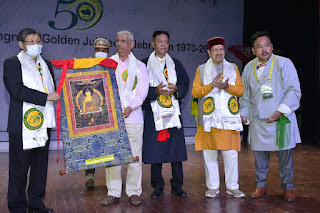 On the occasion, President of the Tibetan government-in-exile Penpa Tsering honored the Governor. The cultural programmes based on Indian and Tibetan culture were organized during the function.