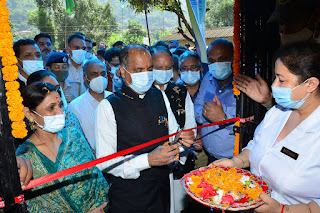 Speaking on the occasion, Chief Minister said that the State Government was committed to provide de-addiction and rehabilitation services to rescue the youth who unfortunately have become drug addicted. He said that the state government has implemented a three-pronged strategy in the state with the objective of reducing the supply and demand of drugs and reducing the damage caused due to drug abuse.

Jai Ram Thakur said that the State Government has made drug paddling a non bailable offence and the property of those involved in this crime was being confiscated. He assured that efforts would be made to further strength this centre.