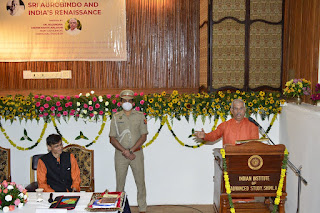 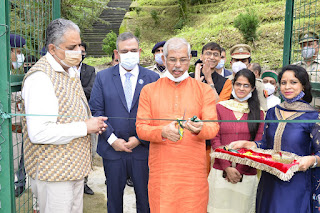 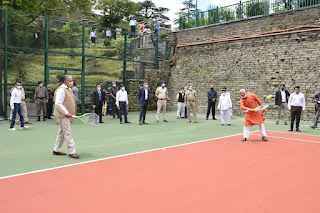 Governor Rajendra Vishwanath Arlekar said that Sri Aurobindo Ghosh was a scholar, poet and Indian nationalist who propounded the philosophy of universal salvation through spiritual development. He was not only a doyen among Indian revolutionaries but also a visionary who foresaw a rising India and contributed to nation building in many remarkable ways.

The Governor was speaking on the occasion of the inaugural function of the international conference on "Sri Aurobindo and India's Renaissance" organized by Indian Institute of Advanced Study, Shimla, here today.

The Governor said that every citizen needs facilities from the nation but the spirit of sacrifice should be their means to perform their duties towards the nation. He said that the idea of nationalism and this spirit of renunciation were given by Sri Aurobindo. He made a contribution to the politics of the country. It was the yogi of modern India who first used the slogan of Swaraj. He used to say, "If you cannot run the country after getting Swaraj, then you will come back to the same situation." Therefore, Sri Aurobindo gave direction and vision. He said that his contribution was immeasurable.

Shri Arlekar quoted that Sri Aurobindo had said, "The country is not just a piece of land but a living nation'' and used to say "the nation has a soul, from whose consciousness the nation develops. If this consciousness dies, the nation falls into pieces. Therefore, there is a need for national consciousness and innovation". He had put this sentiment before us about a hundred years ago, he added.

He said that we have got everything from the country and when we were celebrating 75 years of independence, the citizens have to take a pledge to contribute to the country and the society and it would inspire others as well. He also stressed on the need to understand the National Education Policy.

On the occasion, he also paid his rich tribute to the great patriot Lokmanya Bal Gangadhar Tilak on his death anniversary.

The Governor also unveiled the portrait of Sri Aurobindo Gosh and a book 'Himanjali'.

Earlier, Director, IIAS Shimla Prof. Makarand R. Prajape welcomed the Governor and briefed about the historical background of the heritage building of the Institute. He also discussed the contribution made by Sri Aurobindo Ghosh to the society and the nation.

Convener of the Programme Prof. Sampadanand Mishra also expressed his views on the occasion.