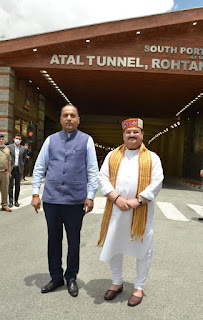 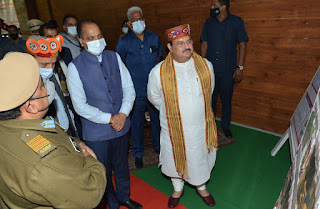 Shri Nadda and Shri Thakur were also given warm reception at South portal of the Tunnel and at Sissu by people of Lahaul-Spiti district in traditional manner.

Later, while interacting with the media at North Portal, Jagat Prakash Nadda appreciated the engineering marvel created by the engineers of BRO. He also thanked the Prime Minister Narendra Modi for envisaging personal interest in realizing the dream of former Prime Minister Atal Behari Vajpayee to construct a tunnel to connect the land locked hinterland Lahaul-Spiti with rest of the world.   He said that the tunnel was also important from strategic point of view for ensuring uninterrupted supply of logistics and other support to the Army posted at the frontiers.