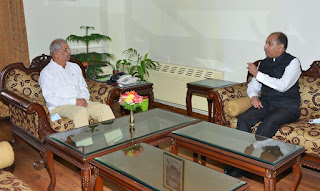 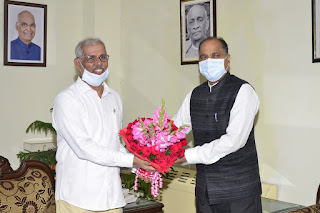 SHIMLA----Chief Minister Jai Ram Thakur called on Governor Rajendra Vishvanath Arlekar at Raj Bhavan, today and briefed about the incidents of recent flash flood in various parts of the State. He apprised that district administration in coordination with NDRF team was working on war-footing to provide relief and ensure rehabilitation of affected families. He said that rupees four lakh each would be provided to the families of the deceased and financial help would also be given to the people whose houses had been damaged for construction of new houses. He added that he did aerial survey of flood affected areas on Thursday to take stock of the loss due to this natural calamity.

The Governor expressed condolence towards the families who lost their family members and said that the State Government was providing all possible assistance to the affected families.