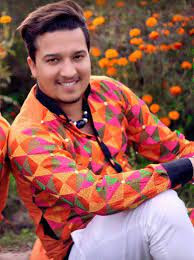 Vijyender Sharna
Dharmshala----The body of Famous Punjabi Sufi singer Manmeet Singh has been Recovered from the Kareri lake area near Shahpur  in Kangra district of Himachal Pardesh. Manmeet Singh, one of the singers of Sain brother, a music group known for their Sufi songs, came to Dharamshala a few days ago along with some friends. On Monday, they went to Kareri from Dharamsala. During the torrential rains, Manmeet Singh is believed to have slipped and fallen into Kareri lake. His body is now being sent to Amritsar.

Vimukt Ranjan, SSP kangra,  said it was reported on Monday that Manmeet Singh was missing.

A few days ago, Singh, along with his brothers and friends, had come to Shahpur, which is located at a distance of 25km from the lake. As per reports, the group went to Kareri from Shahpur on Monday. During the torrential rains, Singh reportedly slipped and fallen into Kareri lake. After getting the news about the accident, Singh's family members immediately reached the spot.

Earlier,State chief minister Jai Ram Thakur took an aerial survey of the state and assured that the state government will provide new hoises at the Boh Valley, which has been damaged the most in the flash flood. "A village in Boh was severely hit during heavy rains on Monday. I am sad to hear that a woman has lost her life in this landslide. Nine people are still trapped under the debris. We are trying our best to rescue them," he said .