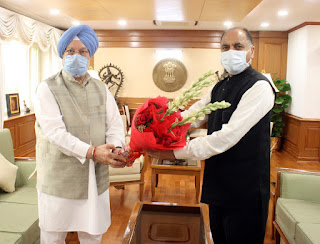 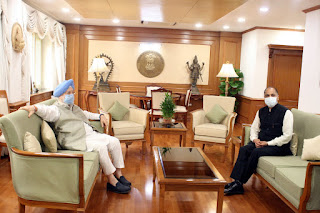 On the occasion the Chief Minister held a discussion with the Minister regarding various issues pertaining to state especially proposed airport in Mandi district and others airports of the state.

Jai Ram Thakur informed that the LIDAR survey of Mandi airport would commence from 7th June, 2021. He added that Shri Puri has directed Airport Authority of India to expedite the simulation exercise being done for construction of the proposed Mandi airport. He further informed that the state would bear the land acquisition cost whereas the Union State Minister has assured that he would make best efforts to ensure that the Ministry bears construction cost of airport.

The Chief Minister urged the Minister for including Chamba heliport under UDAAN scheme in order to strengthen air connectivity as it is also an aspirational district. He added that assurance was given for preparation of operation manual for effective management of Shimla heliport. He said that the  Minister also assured for providing training to 120 police personnel through BCAS and added that PHL would visit Sasse helipad in Manali soon so that it could be operationalised soon.

Additional Chief Secretary to the Chief Minister J.C Sharma and Deputy Resident Commissioner Pankaj Sharma were present in the meeting.