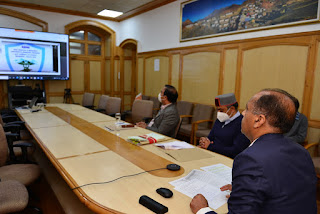 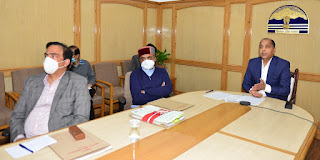 Chief Minister said that this University was established on 23rd June, 2018 by the Himachal Pradesh University of Health Sciences Act, 2017 and was named Atal Medical and Research University as a mark of respect to the former Prime Minister Atal Bihari Vajpayee in 2019.  He said that the main objective of setting up of this University was to provide quality health care and education, to produce the best health care personnel, provide single platform for health educationists of the state and to improve and standardize health education in the process of teaching, learning and evaluation system.

Jai Ram Thakur said that the University aimed at establishing  uniformity in standards of education in all faculties of Health Sciences including the Modern System of Medicine, Homeopathy and various paramedical and para dental disciplines such as Nursing, Medical laboratory technology, Pharmacy, Physiotherapy and Speech therapy. He said that it also aimed at enhancing the quality of such education and consistently aiming to modernize, improve and achieve the highest standards of academic excellence at all levels.

Jai Ram Thakur said that Himachal Pradesh was one of the best States of the country in health parameters. He said that presently six medical colleges in government sector and one medical college in private sector were functioning in the State and are providing best professionals to the health institutions. He said that AIIMS was also coming up in Bilaspur district.

He said that State Government would provide all possible help to strengthen this Medical University. 102 bighas of land identified for expansion of this university would be transferred soon to facilitate functioning of the University.

MLA Balh Inder Singh Gandhi welcomed the Chief Minister and said that it was a matter of pride for people of Balh Vidhan Sabha area that Medical University was established in the area.

Vice Chancellor of the University Dr. Surender Kashyap said that the website would provide informative and required information to the seekers on the click of a button. He thanked the Chief Minister for envisaging keen interest in strengthening the University.

Controller of Examination of the University Dr. Digvijay Singh presented vote of thanks.

Secretary Health Amitabh Awasthi and Principal IGMC Dr. Rajneesh Pathania were present on the occasion among others.