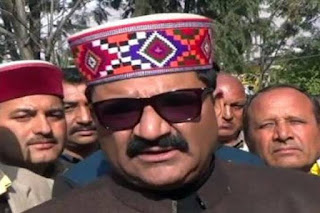 Govind Singh Thakur said that the state government was endeavouring to develop a safe and complete transport system in the state. The efforts made by the government for safe transport and minimize the road accidents have started showing positives results.

He said that the people were becoming aware about road safety after the launch of road safety awareness campaign by the government. The government was providing latest techniques in the driver training institutes and safety driving education center established with the help of Honda has started functioning in Una. Besides, HRTC was establishing modern driver training institutes at Bilaspur, Mandi, Kullu, Taradevi and Jasur. The state government has provided 2.5 crore for upgradation of these institutes and Rs. 1.8 crore had been sanction today.