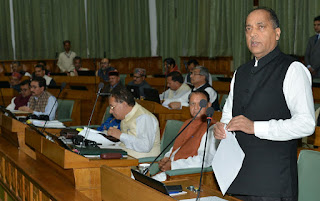 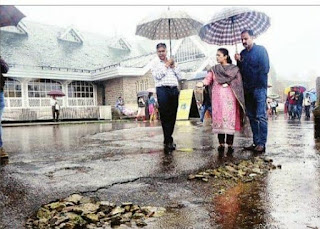 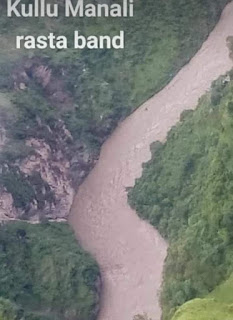 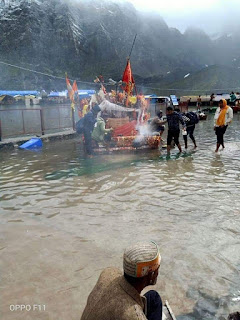 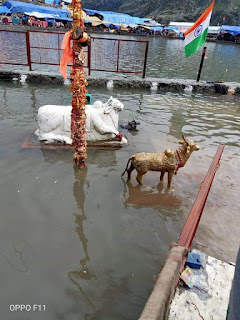 SHIMLA-----------The State Government has released Rs 15 crore to different departments for undertaking restoration works damaged due to torrential rains during the last two days in the State.

This was stated by the Chief Minister Jai Ram Thakur while addressing the Deputy Commissioners through video conferencing from Shimla today. He said that as many as 25 people lost their lives in the State due to heavy rains during the last two days. He said that the State has suffered total losses of about Rs.  574 crore during the current monsoon.

Chief Minister said that the State Government has released Rs. 10 crore to Public Works department, Rs. 4 crore to Irrigation and Public Health department and Rs 1 crore to HPSEBL for undertaking restoration works. He directed the Deputy Commissioners of the State to immediately assess the damages in their respective districts and submit the report to the government at the earliest.

Jai Ram Thakur directed the Deputy Commissioner Shimla to lay special thrust on restoration of roads in the apple belt so that the growers do not face hardship in transportation of their produce to the markets. He said that trees declared as dangerous must also be identified and removed so as to avoid any eventuality. He directed the Deputy Commissioners to ensure speedy restoration of electricity, water supply and communication networks in their respective districts.

The Chief Minister said that the district administrations must also ensure that the locals and tourists do not venture near river beds as sudden rise in water level could be dangerous. He said that debris and blockage from major National Highways such as Kalka-Shimla and Pathankot- Mandi-Manali must be cleansed at the earliest so as to ensure smooth flow of traffic.

Deputy Commissioner Kinnaur informed that heavy rains during the last two days has resulted in washing away of about 8000 apple plants in the district. Deputy Commissioner Solan said that major damage in the district was reported from Nalagarh Sub Division. DC Kangra said that about 250 IPH schemes were affected in the district due to heavy rains, out of which most have been restored and remaining would be restored by tomorrow. DC Chamba said that all precautionary steps would be taken during the Manimahesh Yatra. DC Bilaspur apprised the Chief Minister that 140 roads in the district got damaged and one death was reported due to rains during the last two days. DC Mandi said that efforts would be made to restore the Mandi-Manali Highway to facilitate the tourists and general commuters.

He directed the DC Lahaul-Spiti to ensure immediate evacuation of people and tourists stranded in the valley due to untimely snow in the valley.