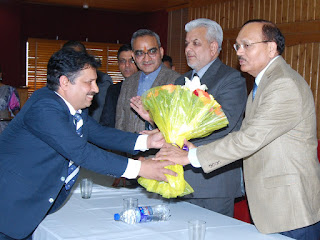 The Registrar General and other Registrars of High Court were among those present on the occasion apart from the officers and officials of the Registry.