People advised not to venture in Avalanche prone slopes 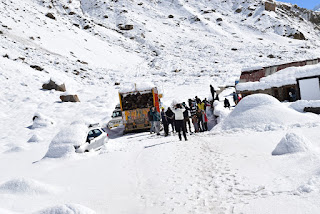 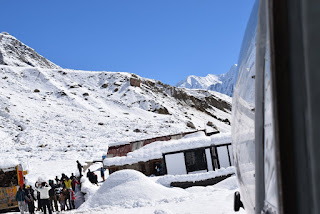 People advised not to venture in Avalanche prone slopes

SHIMLA-----      A spokesperson of the State Government said here today that Government is focusing to restore the electricity, water supply and roads at the earliest & Additional Chief Secretary Revenue & Public Works Department Manisha Nanda is monitoring the situation on the directions of the Chief Minister. State/District Level Emergency Operation Centers are on high alert in the state.

Fresh Rain/Snow fall occurred in the Districts of Shimla, Kullu, Kinnaur, Lahaul & Spiti, Sirmour, Kangra, Solan and Chamba on Sunday. According to Snow & Avalanche Study Establishment (SASE) Manali people are advised to not to venture in Avalanche prone slopes which are still loaded with snow. This advisory has been issued for Shimla, Chamba, Lahaul- Spiti, Kullu and Kinnaur districts from 27-01-2019 to 28-01-2019.

He said that as per Public Works Department the total number of roads closed in the state are 484 out of these 78 roads will be cleared by today whereas, 216 roads will be opened by 28/01/2019 and remaining 190 roads will be shortly. The PWD loss has been assessed Rs. 67.43 Crore which may increase after final assessment of loss and damage to the roads. Total 205 number of machinery has been deployed for restoration of the roads.

Spokesperson said that as per Himachal Pradesh State Electricity Board out of 1505 affected DTRs, 644 have been restored and balance 859 DTRs will be restored soon.

He said that as per Irrigation & Public Health Department a total of 362 IPH's water supply schemes have been affected by this snowfall and total loss assessed is more than 6.86 crore. However, the number may rise as some of the areas are still inaccessible. The 307 schemes have been restored and restoration of remaining schemes will be done within next two days.