“Modiji gave OROP to our jawans, Congress gave ‘Only Rahul Only Priyanka’.” 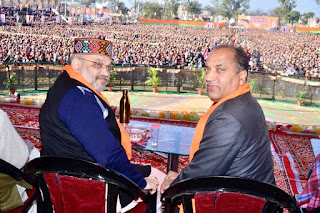 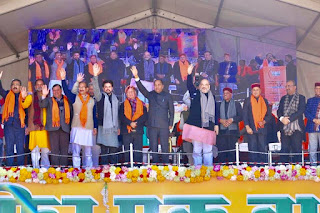 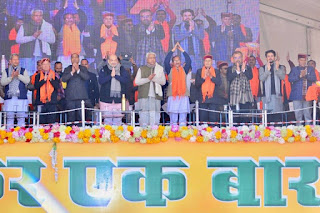 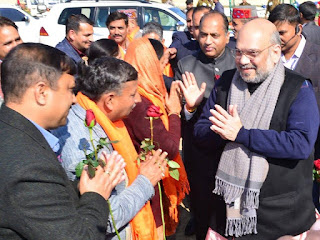 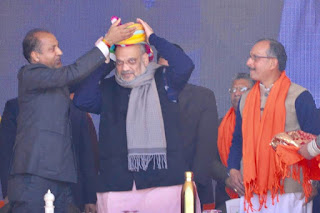 UNA-----National Chief of Bharatiya Janata Party Amit Shah today while addressing Panna Parnukh Samalen of BJP at Una  attacked Congress leaders Rahul Gandhi and Priyanka Gandhi Vadra by introducing a new definition of the abbreviation of the One Rank One Pension scheme. Armed forces veterans have long asked for the same pension for all, regardless of rank, length of service, and irrespective of the date of retirement.

"When the BJP government was formed, within a year [Prime Minister Narendra] Modiji delivered on his promise of One Rank One Pension," Shah said while addressing an election rally in Una, Himachal Pradesh. "Modiji gave OROP to our jawans, Congress gave 'Only Rahul Only Priyanka'."

Shah also accused Gandhi of paying just lip service to poverty alleviation. "Even today, the Congress president in his speeches brings up the issue of poverty. However, I want to ask Rahul Gandhi what did the Congress government do for 55 years?" Shah said. "It's only us who are taking measures for eradication of poverty."

Shah claimed that Gandhi was busy promoting "Break In India" while Modi promoted Make In India. The BJP chief claimed that Gandhi had congratulated those who had raised anti-national slogans in Delhi's Jawaharlal Nehru University. "Rahul Gandhi can abuse our ministers as much as he likes, but he should remember this: the government will not spare a single person who talks about breaking up Mother India, such people should be behind bars," he said.

Shah was referring to an incident from February 2016 where Jawaharlal Nehru University Students Union President Kanhaiya Kumar and others had allegedly chanted anti-national slogans at the college.

Addressing the rally earlier, Hamirpur MP Anurag Thakur alleged that the Congress was unnecessarily indulging in mudslinging. "Our party has given a corruption-free government to the people of India," he said.