A Full Court Reference was held in the High Court to mourn the sad demise of Justice S.N.Phukan 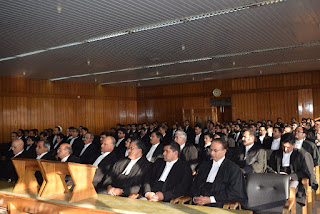 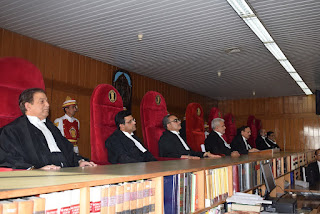 Justice S.N.Phukan was born on 01.04.1937 and he joined Jorhat District Bar as Pleader in the year 1960 and thereafter enrolled as an Advocate in 1962. He joined the Gauhati High Court Bar in the same year. He was appointed to the Assam Judicial Service in the year 1963 and continued till May, 1976 in that service. He joined the Govt. of Meghalaya on deputation from July, 1970, and worked as Under Secretary, Deputy Secretary and Secretary in the Law Department. He became Law Secretary and Legal Remembrancer in January, 1976 and was appointed as a part-time member of the Meghalaya Board of Revenue in January, 1978, part-time lecturer, Shillong Law College. He remained Commissioner for Departmental enquiries for State and Legal Advisor of various corporations of the State Govt. He was appointed as Permanent Judge of the Gauhati High Court from 11.10.1985 and was transferred to Himachal Pradesh High Court on 30.09.1994 as a Judge. Thereafter, he was appointed as Chief Justice of the High Court on 01.03.1995 and was transferred to Orissa High Court on 02.08.1996. He was appointed as a Judge of Supreme Court of India on 28.01.1999 and retired on 01.04.2002.

Speaking on the occasion, Hon'ble Chief Justice Surya Kant said that Justice S.N.Phukan was an outstanding, dynamic Judge and possessed the qualities of a great Jurist. He further said that Justice Phukan will not only be widely remembered for his fearless and path breaking judgments, but also for his ideas that have empowered the growth of several public institutions. He also said that Justice Phukan firmly believed that Judges must observe high ethics and rectitude not only whilst in office but also after demitting the office of the Judge.