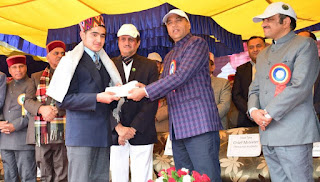 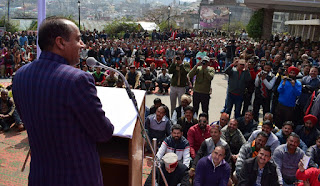 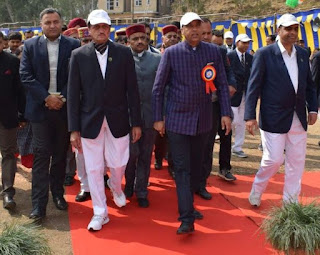 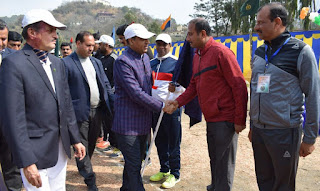 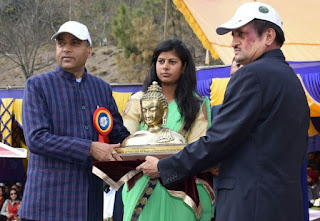 SHIMLA----Chief Minister Jai Ram Thakur, while presiding over the 18th All India Police Lawn Tennis Championship at Solan today announced its opening and in his address said that in the fast changing socio-economic and political scenario, one needs to keep pace with the latest techniques and digital knowledge of high standards.

He said that since past some time the cyber crime was on rise thereby police requires  more expertise and IT qualified to counter the same. He said as the crime rate in Himachal was quite less than other states, yet the police requires  always to be on alert to maintain law and order efficiently.

The Chief Minister said that organising such tournaments paves the way to get relief from the stress which one gets in his day to day routine job. It was a great opportunity for the police personnel of as many as 24 states to share each other experiences, he said.

He congratulated the participating teams and welcomed them to the state. He also honoured the police sportsperson who participated and achieved laurels for the Police department and for the country as well while participating in various police games at National and International Level.

Those he honoured were Ashish Kapoor a Punjab police Officer to bag Gold medal in World Police and Fire Services games in Los Angeles  USA , besides Dhananjay Singh from Andhra Pradesh to get gold medal in CBSE under 17 lawn tennis championship besides others.

A colourful cultural programme was also organised on the occasion.

As many as 120 participants from 24 states including paramilitary forces participated in the tournament.

Earlier, Director General of Police Shri S.R Mardi welcomed and honoured the Chief Minister on the occasion. He said as policing was the most tedious job,  it was necessary to organise sports activities from time to time so as to keep oneself fit and it also provides an opportunity to meet each other from low to high rank and file.

He thanked the Indian Police Sports Control Council for hosting the championship in Solan this time.