Make all efforts to double farmers income by 2022: Governor 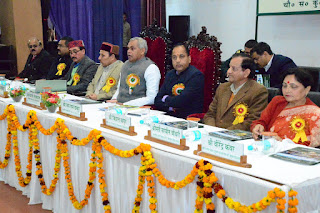 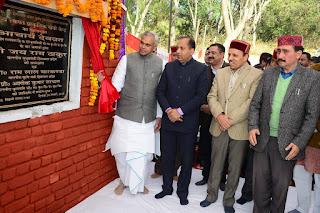 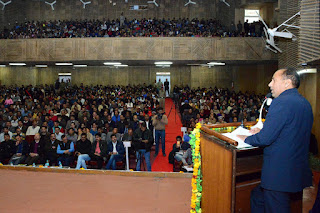 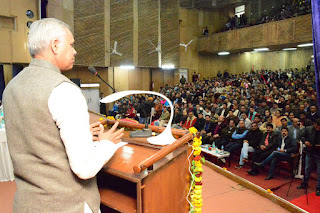 Make all efforts to double farmers income by 2022: Governor

DHARMSHALA------Governor Acharya Devvrat stressed to switch over to zero budget natural farming as chemical or organic farming was not acceptable in present scenario for the benefit of farmers. He said the agri-scientists had a great role to play in it and they need to start a movement from village level.

The Governor said zero budget natural farming system was the only alternative for chemical and organic farming as it was safe and had capacity to double the income of farmers. Under this system, the cost of production becomes zero and products were non-poisonous. It also increase productivity of land, requires less consumption of water, protects friendly pests and the products produced were of best quality.

Acharya Devvrat said that Prime Minister had a vision to double the income of farmers up to 2022 and we should contribute in this direction and work for the welfare of farm community. He appealed that a group of five scientists should adopt one village for natural farming as the state government was providing all assistance and Chief Minister had started pilot project from this university.

The Governor said that organic farming was no more profitable to the farmers. He said industries in the name of organic products had been set up throughout the world and the inputs were more costly than chemical fertilizers which show that the exploitation of farmers had not been checked.

He congratulated Chief Minister Jai Ram Thakur for executing the natural farming project in the state and expressed hope that it would strengthen the farm sector. He also appreciated the initiative of Agriculture Minister Dr. Ram Lal Markanda for perusing the project effectively in the state.

Speaking on the occasion, Chief Minister Shri Jai Ram Thakur said that the university was well known for the need based research in field of agriculture and veterinary and animal sciences in the state.  He said that with 13 research stations and eight Krishi Vigyan Kendras located in different parts of the state, the University was catering to basic needs of the farmers after thorough training thus assisting the agriculturalists to improve their economy.

As 90 percent of our population was dependant on agriculture and I strongly believe that the agriculture programmes directly associated with farmers should be pushed in a big way and not be delayed, he said. With launching of this pilot project, I believe that the farming community will benefit a lot from zero budget natural farming projects, said the Chief Minister.

He lauded the efforts of Sikkim state for taking lead in organic farming and said that we have to surpass Sikkim in zero budget natural farming instead of using insecticides and pesticides.

Shri Jai Ram Thakur reiterated his government's resolve to root out corruption from the state and mafia of all types.

The Chief Minister assured to redress the grievances and problems being faced by the University.

Agriculture Minister Dr. Ram Lal Markanda while thanking the Governor said that it was a great opportunity to discuss zero budget natural farming technology and efforts were being made to revive it in the state. He said that as per the record of year 2015-16 the farmers were using 523 metric tonne pesticides and insecticides which was detrimental to the health causing fatal diseases. He said that the states like Sikkim and Bhutan have adopted organic farming in a big way and we need to study their model.

The Minister also stressed for e-marketing of farming produce and directed the scientists to form whatsapp groups for sharing details of research.

Later, the Chief Minister accompanied Governor for laying foundation stone of zero budget natural farming centre in the campus besides inauguration of Animal Disease Investigation and Research Laboratory in College of Veterinary and Animal Sciences (COVAS).