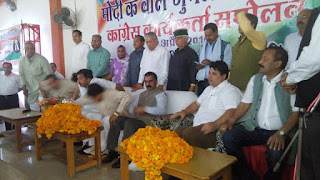 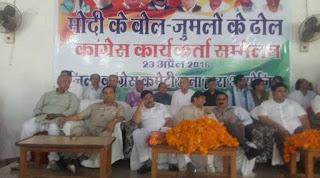 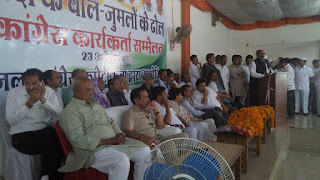 Thakur  said the BJP had cheated the youth by promising them more job opportunities and 'Achhey Din'. "The BJP in its poll manifesto had said had said that it would accord high priority to job creation by focusing on labour-intensive manufacturing, focus on traditional employment bases of agriculture, upgradation of infrastructure and housing, steps for self-employment opportunities. Further, PM Modi has promised to provide one Crore jobs to youth in a year but has failed to do anything on this account in its two year term," he said.

The state Congress President said that the report of Bombay Stock Exchange (BSE) and Centre for Monitoring Indian Economy (CMIE) has pegged the overall unemployment rate at 7.97 percent in March 2016 which was recorded at 3.8 percent in 2011 during Congress led UPA regime.

While the unemployment rate in urban areas stood at 9.62 percent, much higher than the 7.15 percent in rural pockets. He said that the general public of the country especially the youth had trusted the poll promises of providing them employment and bringing Acche Din for them. But so far, Modi had failed to fulfill its promises made during the 2014 Lok Sabha elections in its two years term in office and just like other BJP's promises; this promise had also proved to be a 'Chunavi Jumla'. Raja Ram Pal, Sate incharge of Party affairs, Industry Minister Mukesh Agnihotri along with Congress MLA Rakesh kalia, Kuldeep Kumar and Ajay Mahajan also spoke on the occasion .