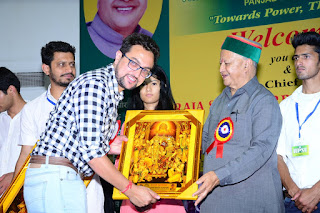 "Once you enjoy protection, you don't want to proceed in the case", said Justice Pratibha Rani after Singh's counsel sought adjournment as senior advocate Kapil Sibal, who was to represent him, was engaged in another case in the Supreme Court.

Singh is already protected from arrest in the case by an October 1, 2015, order of the Himachal High Court, which has restrained the CBI in an interim order from arresting, interrogating or filing a chargesheet against him.

The Central Bureau of Investigation (CBI) has sought direction of the Delhi High Court to vacate the Himachal High Court order, contending that this order was hampering the investigation.

Posting the case for hearing on Tuesday, Justice Rani said: "I am making it clear, no further adjournment will be given." The court said Singh had sought similar adjournment on last hearing in March.

The high court was hearing Singh's plea for quashing of an FIR lodged against him by the CBI.

The Supreme Court in November last year transferred the disproportionate assets (DA) case against Singh to the Delhi High Court from the Himachal High Court, saying the transfer was necessary "to protect the institution from embarrassment" and "to avoid further controversy".

The apex court, however, did not pass any order to modify the Himachal High Court order which had restrained the CBI from arresting Singh in the case.

The CBI has challenged the Himachal High Court order that restrains it from investigating the chief minister and his wife or taking them into custody in a Rs.6 crore disproportionate assets case.

Virbhadra Singh had moved the Himachal Pradesh High Court following CBI searches at his residences in Delhi and Shimla on September 26 last year, which he contended were mala fide and out of political vendetta.

The case was registered on September 23 under the Prevention of Corruption Act against the chief minister, his wife Pratibha Singh, LIC agent Anand Chauhan and an associate, Chunni Lal.

The case was the outcome of a preliminary inquiry which said that Virbhadra Singh, while serving as a union minister during 2009-2012, allegedly accumulated assets worth Rs.6.03 crore in his name and in the name of his family members, which were found to be disproportionate to his known sources of income.