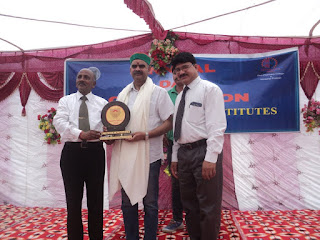 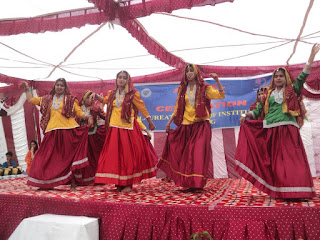 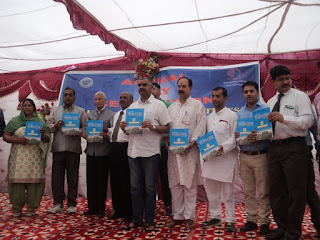 Kangra -----Temple town of Jawalamukhi would get a government degree college and Chief Minister Virbhadra Singh would lay a foundation stone after the matter would be discussed with him next coming days.

Stating this here while presiding over the annual prize distribution function of Laureate institute of Pharmacy at Kathog near Jawalamukhi . Jawalamukhi MLA Sanjay Rattan said that to take over the present degree college, being run by the Jawalamukhi Temple Trust, was not a poll gimmick but a true poll promise which would be fulfilled by the Virbhdra Singh Government. He said that financially the present degree college would not remain sustained by the Jawalamukhi Temple Trust so it was required that the state government should take it up. He said that the present government was committed to provide education even at the degree level at the door steps even in the rural Himachal and to take over this college was a step in that direction. He appealed to the students to shun intoxicants and contribute to the development of the nation. He congratulated the college management for excellent results and achievements

Principal Dr. M S Ashawat, welcomed the guests and read out the college report highlighting the achievements of the collegeand said that the institute is committed to provide an accredited Pharmacy Degree that incorporates the best professional experience and learning environment, both inside and outside the classrooms. While romotting high levels of student achievment, consistent with the highest standards of academic excellence.

M D of Institute Dr. Ran Singh said that the Laureate institute of Pharmacy has all the necessary infrastructure and instructional facilities as per the norms of AICTE/PCI/HPU/HimTU. The laboratories are well equipped with latest equipments to provide best hands on training to each budding pharmacist. The institute has total 13 labs.

Sanjay Rattan also distributed prizes to the students who excelled in academics and other curricular activities and released the college magazine, and announced Rs 21 thousand for promotion of cultural activities.

A colourful cultural function was presented by students who regaled the audience.