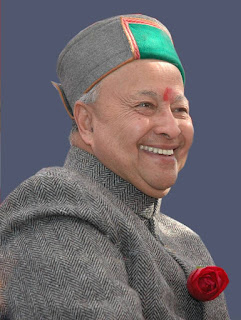 The book which was compiled after thorough research and interviews of all those in Government and Private sectors has come out as a handy document for the entrepreneurs throughout the country.

Chief Minister said the book highlights the present scenario of industrialization in the State besides the initiative of the State Government to attract new investments by lucrative offers for the entrepreneurs.

He said that the Government would set up Himachal Bureau of Investment, which would be multi-departmental bureau to ensure speedy and time bound clearances.

Shri Dev. K. Pandhi while expressing his views said that industrialization is a saga of turnaround in Himachal but much more is required to be done to score over Punjab and Haryana which have a little advantage over Himachal.