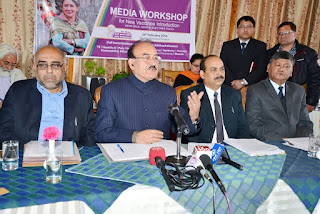 Confirming the move, Himachal Revenue and Health Minister Kaul Singh Thakur disclosed that the land allotted to the Patanjali Yogpeeth Trust by the previous Prem Kumar Dhumal-led BJP government on lease has been cancelled and is vested in the state government's property.

The BJP regime under chief minister Dhumal had allotted 28 acres on lease to the Patanjali Yogpeeth Trust in 2010.

The Congress Party, however, alleged that the land worth over Rs. 35 crore was allotted by the BJP Government for 99 years to the trust on a lease of Re. 1 and thus was cancelled.

The development came close on the heels of the Maharashtra Government allotting 600 acres to the Patanajli Yogpeeth for setting up of an orange processing plant and a unit for its ayurvedic products.

Earlier today, addressing a press conference on increasing number of jaundice cases in the capital city, Thakur said five deaths to Hepatitis E had been confirmed in the town, while more than 1,500 cases reported from various hospitals.

Divulging reasons behind the increasing number of diseases, Thakur said this has happened due to the contamination of potable water, adding that the patients were being treated for the disease