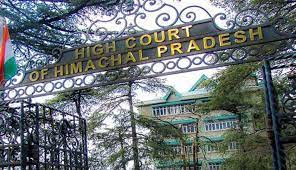 Kashvi born on 12.03.2014 and is presently studying in class 3rd in the above mentioned school. In the writ petition filed through her father, it has been claimed that Kashvi is an extraordinary, exceptional and intellectually superior child. She is blessed with skill of grasping things quickly. It has been claimed in the petition that at the age of 3 years petitioner learnt about the capital of Indian States/UTs and neighbourhood countries and to this effect her first video was uploaded on YouTube by her father. In the year 2019, petitioner was having knowledge of Solar System and National Flag, important days, Districts of H.P., largest and longest in India. Further in the year 2020, petitioner was having knowledge about National Parks of India, 50 most important irregular forms of verbs, regular and irregular forms of verbs, India and world Organizations, rivers and world GK, UTs new folk and classical dances and ITO GK series for class 5, 6, 7, and these videos are available on internet and are being viewed and liked by numerous people.

Kashvi's parents are stated to be employed as teachers in the State Education Department. Her father earlier also filed a writ petition on her behalf in the year, 2021, seeking direction to permit Kashvi to appear in SOS 8th class examination as a special case after relaxing age criteria. The Principal of the school, where Kashvi was admitted in 3rd standard, appeared before the Court and acknowledged the fact that Kashvi was an exceptional child as compared to other children of her age. He, however, expressed concern that permitting her to appear in the 8th class examination would amount to putting her to tremendous pressure and that as an educationist, he would not favour the prayer made by her parents on behalf of their minor child.

The Division Bench of this High Court agreeing with the Principal that exposing a child of this tender age of seven years to examination of 8th class would be putting the child to undue pressure. However, in case in future the child does show some exceptional traits, then she is at liberty to approach this Court as well as the authorities, but at that point of time the prayer of the petitioner was not acceded to.

Thereafter, in an endeavour to see that Kashvi appears in class 8 examination, her parents subjected her to an IQ test on 16.10.2021 at the Zonal Hospital Dharamshala. Her IQ was assessed as 154 and doctor examining her opined that she is extraordinarily intellectually very superior/Genius child.

Armed with the IQ test result of Kashvi, her father sent letters to different functionaries in the State Department of Education, Himachal Pradesh with request to enroll her in class 8/permit her to appear in class 8 examination. When nothing was done in the matter at the end of the respondents, he filed instant petition on her behalf seeking direction to the respondents to allow Kashvi to take admission in class 8 as a special case or in the alternative to direct the respondents to permit her to appear in class 8 examination as a special case. The State Board of School Education in its reply stated that admission to all classes upto 8th are regulated as per the rules laid down by the State Education Department.

On the direction of this High Court dated 02.03.2022, a Medical Board consisting of three experts from the Specialty, constituted by the Principal of I.G.M.C & Hospital, Shimla conducted Kashvi's IQ level test on 04.03.2022 and assed her average IQ as 128.

The Court observed that they are deeply conscious of the situation that a child of such tender age, as Kashvi is, might face a lot of peer pressure, emotional and physical stress in future in case she is permitted to undertake class 8 examination at this stage. There would be many such eventualities which Kashvi may face in future on account of her accelerated jumps at a tender age of 8 years which she and her parents might not even visualize today. However, court further observed that they are also aware of the fact that Kashvi may be a genius and intellectually superior child as is claimed in the petition.

Taking stock of every material aspect, the Court doesn't deem it appropriate to permit Kashvi to straightaway undertake final examination of class 8. However, to balance the scales and to see her overall progress, the Court directed the respondents to provisionally admit Kashvi as a day scholar in class 8 in the Rainbow Public Senior Secondary School Dharamman Palampur, affiliated to the H. P. Board of School Education Dharamshala, District Kangra, H.P.

The Court further ordered that in case Kashvi takes provisional admission as a day scholar in class 8 in the said school, then her overall progress shall be monitored on regular basis by the concerned school authorities. She has been allowed to provisionally appear in all the class tests, term examinations and all related school activities etc. The Secretary H.P. Board of School Education and Rainbow Public Senior Secondary School Dharamman, Palampur, have been directed to file their reports regarding over all progress of Kashvi in every field, be it sports, extra curricular activities, academic as well as her emotional, physical and mental well being, before the next date and further order in the matter shall be passed after seeing the over all progress of the child.