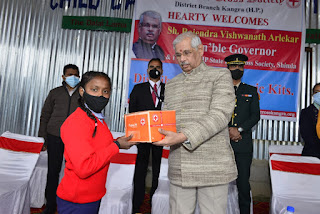 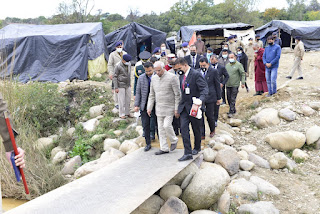 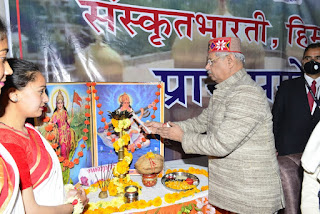 Sanskrit needs to be converted into a lokbhasha: Governor

JAWALAMUKHI------While presiding over the two days Prant Sammelan of Sanskrit Bharti, Himachal Pradesh at Jwalamukhi in Kangra district on Saturday, Governor Rajendra Vishwanath Arlekar said that we have faith in Sanskrit but sincere work should be done to promote it, for which Sanskrit Bharati was striving.

The Governor said that Sanskrit has got the status of second official language in Himachal and efforts must be made in this direction. Implementation and practice of Sanskrit was necessary in Devbhoomi, for which willpower and direction were required.  He said that Raj Bhavan would take initiative in this direction and a 'Special Cell' would be set up at Raj Bhavan, which would advise on the spread and practice of Sanskrit.  The work here should be done in Sanskrit also and efforts would be made which will be helpful in promoting Sanskrit, he added.

On this occasion, the Governor announced rupees five lakh for Sanskrit Bharti to promote the practice of Sanskrit from his discretionary fund.

"Sanskrit is the divine language which now needs to be converted into a lokbhasha. If we can do this then it will be a golden day", said Shri Arlekar.

He said that such programs have proved helpful in promoting our faith in Sanskrit.  He lauded the efforts of all the workers of Sanskrit Bharti for organizing the conference.  He said that all challenges faced in the implementation of Sanskrit were also discussed through the conference and hoped that it would bring fruitful results.

Jai Prakash Gautam, Akhil Bhartiya Sehsangathan Mantri, Sanskrit Bharti said that Sanskrit teachers (Shastri) should be given T.G.T. status.  Apart from this, the system of Sanskrit College should be strengthened.

He urged that Sanskrit University should be established in the State.

Prof. Lakshmi Niwas Pandey, Prantadhyaksh, Sanskrit Bharti, Himachal Pradesh detailed the activities of the organization. He also briefed about the different sessions of the seminar.

Dr. Nipun Jindal, Deputy Commissioner, Khushal Sharma, Superintendent of Police and other prominent people were also present on the occasion.