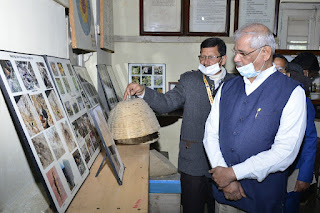 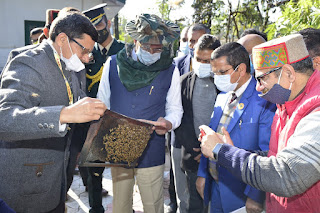 The BRS Nagrota Bagwan was established in 1936 under the leadership of Dr. Sardar Singh under administrative control of Agriculture department, Government of Punjab, Lyallpur, now in Pakistan. Special attempts were made to import European honeybee in India during 1930 to 1953 but these attempts failed due to lack of knowledge. The success in establishing Apis Mellifera in India dates back to 1960 whereas it was successfully introduced in 1964 at this research station.

The Governor appreciated the efforts of the Agriculture University under which this research station is running and said that it needs to be modernised.  He said that a proposal to declare this centre as Heritage has been sent to the centre Government and he hoped that it would be declared as Heritage soon.

The Governor also visited the laboratory and also evinced their interest in the method of beekeeping.