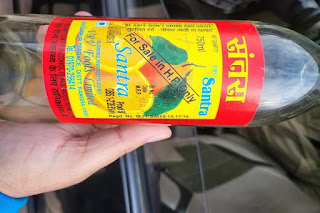 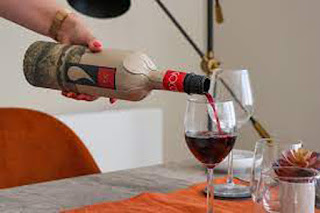 Despite being a holiday on January 26, 2022, separate teams have been formed by the State Taxes and Excise Department and raided the places of illegal liquor in different districts of the state.

Commissioner State Taxes and Excise Yunus informed here today that while taking forward the links of information received in the Galu plant, during the raid by the team of the department led by U.S. Rana, Joint Commissioner, State Taxes and Excise, 2683 boxes of pure orange liquor were seized from nine retail outlets of the area nearby Palampur, for which the licensee could not produce any evidence/bill. Apart from this, a difference of 200 boxes was found in the wholesale godown of country liquor.

He said that four cases of illicit liquor have been caught by a team of the department during raids in Baddi-Barotiwala-Nalagarh (BBN) area. During this, 22 bottles of country liquor have been caught in two cases. In another case, nine bottles of english liquor, one bottle and six pints of country liquor were caught in Pirsthan (Nalagarh) during raids. In all these three cases, action was taken independently by the team of the department and Rs. 55,000 has been recovered from the culprits as fine under section 67 of the Himachal Pradesh Excise Act, 2011. He said that adding to the links of information received during this raid, one box of english liquor and six boxes of country-made liquor (For sale in Chandigarh) have been recovered from an illegal storage premises of liquor near Ramlila Maidan in Nalagarh by the department and the police teams. An FIR has been lodged with the police in this matter.

He further said that apart from this, the team of Kangra district did a thorough inspection of liquor retail shops of Bairaghatta, Theel, Jambal, Nangal Chowk, Tyamal, Bhawarna, Sulah, Thural, Nagani and Alampur in Palampur area on 25th January, 2022 and inspected the stock of 2911 bottles of pure orange country liquor, 38 boxes of pint and 27 boxes of nits. Apart from this, today, on 28th January, 2022, the team of the same district inspected the wholesale warehouse of country liquor located in Kangra and during the inspection, stock of 257 bottles of pure orange was found there. He said that all the licensees have been ordered that till this stock was matched with the stock and sale register according to the passes and bills, till then they should keep this country liquor in their custody and do not sell it in any way. All these cases would be thoroughly investigated and if irregularities were found, action will be taken against the guilty under the provisions of the HP Excise Act, 2011.

He also informed that this campaign would be continued by the department and strict action would be taken against those who evade excise duty.