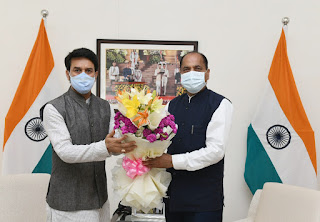 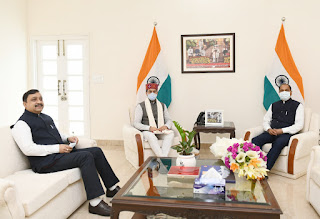 Chief Minister congratulated Anurag Singh Thakur on his elevation as cabinet minister and added that it was a matter of pride for the state.

Chief Minister also discussed about strengthening sports infrastructure in the state especially construction of Indoor Stadiums which could help young sportsmen of the state. He also urged to strengthen the radio network in the state.

Anurag Singh Thakur assured of all possible support to the state.