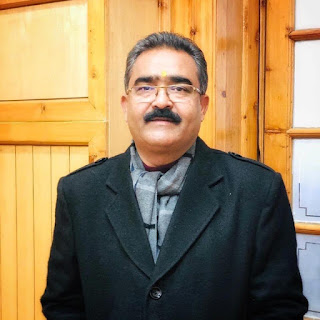 He said that after the implementation of the amended rules, as per Section 146 of the Motor Vehicles Act, 1988, if there is no valid insurance of the vehicle at the time of the accident, the affected would be compensated as per the directions of the tribunal. After this amendment, the claim process would be expedited and the claim settlement would be ensured in a time bound manner, he added.

Bikram Singh said that there would be a proper provision to protect the interests of the applicant after amendment in the rules. He said that Motor vehicle would not be released in case of accidental death, bodily injury or damage to property. He said that if there is no third party risk cover in the insurance policy, a provision has been made to sell the vehicle by the police and compensation to the affected.

The Minister said that provision has been made in the rules to simplify the process from application to time-bound payment under accident insurance. He said that the amount would be directly transferred to the beneficiary's account through RTGS or NEFT. In case more than one vehicle is involved in the accident, the claim amount would be paid to all the vehicles on the basis of police report. If the claimant is unable to bear the cost of summoning the witnesses, the cost would be borne by the Government. A provision has also been made to constitute a Medical Board by the Tribunal on Disability Claims and submit the report within 15 days, he added.

The proposed amendments would be published in the Gazette to receive the objections or suggestions of the general public, which would also be available on the website https:/himachal.nic.in/transport. These rules would be finalized after disposal of the objections and suggestions received within a period of one month.