Government and the organization will jointly organize a big rally at the historic ridge grounds of Shimla. 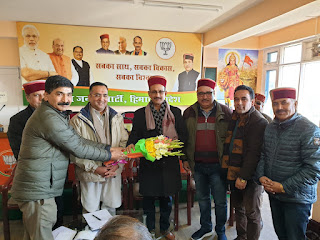 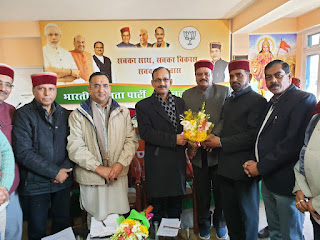 Addressing the meeting, State President Satpal Singh Satti said that on December 27, the 2 years of the state government are being completed and on this occasion, the government and the organization will jointly organize a big rally at the historic ridge grounds of Shimla. In view of this, a meeting of mandal presidents and district heads was held today.

The BJP president said that in these two years, the Jairam government has given a developing, honest and transparent government to the state. This government is accountable to the people of the state. In the last two years, the state government has established new dimensions of development in the state by running many development oriented and welfare schemes. Recently, Global Investor Meet held at Dharamshala in which MoU worth Rs 93 thousand crore has been signed, is a big example for the same . With this investment in the state, the youth of this state will get large employment opportunities and the state will write a new chapter of development. He said that the Jairam government of the state has made serious efforts in the last nearly two years to take the state forward on the path of development by running several schemes in the interest of the state, which are also showing meaningful results.