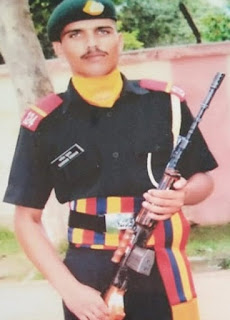 SHIMLA-----Governor Bandaru Dattatraya and Chief Minister Jai Ram Thakur have mourned the martyrdom of Manish, resident of village Dochi, Block Kunihar, district Solan, who got buried under avalanche while patrolling at Siachen near Northern Glacier on 18th November,2019. He was 22 years old and was posted in the Dogra Regiment of Indian Army.

In his condolence message, Governor has described Manish as a great patriot and soldier who sacrificed his life for the nation. He prayed to the Almighty to grant peace to the departed soul and strength to the bereaved family members.