Era of the 1990s people’s resistance movement is returning in full power, challenging authoritarian and repressive regimes around the world 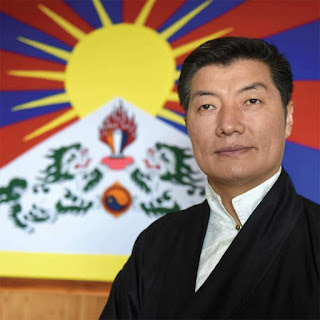 Dharamshala---- For the next three days, 180 political leaders, MPs, Tibet Support Groups, policymakers, pro-democracy activists, intellectuals including Chinese scholars across 42 countries will be deliberating on galvanising global Tibet advocacy at the 8th International Conference of Tibet Support Groups being held here in Dharamshala.

The 8th edition of International Tibet Support Groups conference is dedicated to consolidating efforts on how to steer the Tibet issue on the forefront, build a conducive environment for multilateral coalitions on proactive Tibet campaigns and to further the Central Tibetan Administration's Middle Way Policy with the view to renewing the Sino-Tibet dialogue.

The discussions will largely pertain to charting out concrete action plans for the future course of global Tibet advocacy, mainly on optimizing engagement with the Chinese authorities on Tibet issue.

The Conference is being convened by the Core Group for the Tibetan Cause, India under the facilitation of the Department of Information and International Relations, CTA.

The inaugural plenary hosted a keynote address by the President of CTA, Dr Lobsang Sangay, preceded by the Speaker of Tibetan Parliament, Pema Jungney's address and the National Convenor of Core Group for Tibetan Cause, Shri Rinchen Khando Khrimey's welcome address.

Setting the tone for the largest global convention on Tibet, President Dr Lobsang Sangay said the era of the 1990s people's resistance movement is returning in full power, challenging authoritarian and repressive regimes around the world. In such an opportune environment, he said, the international community and stakeholders must step up activism for human rights and religious freedom in Tibet into the highest gear.

"We are on the verge of entering the 1990s era," said President Dr Sangay. "As I read in news recently the Prime Minister of Lebanon resigned because of the consistent people's protest from the grassroots level. PM of Iraq resigned just yesterday because of people's protest in Iraq. People's protest in Istanbul, in Turkey, Venezuela, everywhere! And of course, our dear friends in Hong Kong who have been persistently and consistently leading the people's protest. The 1990s is back and the world is shaking for more Freedom, more human rights and more democracy."

"And our friends in Hongkong, East Turkistan and Taiwan are making it loud and clear that we are here not for a few weeks, not for a few months but for the long haul."