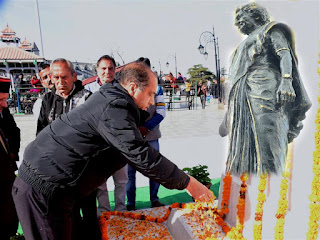 Patriotic songs were also recited by artists of Information and Public Relations Department on the occasion.