CS directed departments to get in touch with major International Companies holding B2G meetings, by October 25 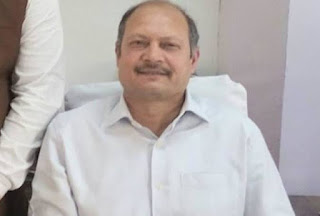 CS directed departments to get in touch with major International Companies holding B2G meetings, by October 25

SHIMLA-----Chief Secretary Dr. Shrikant Baldi today directed the concerned departments to play a proactive role and get in touch with major International Companies which would be holding Business to Government (B2G) meetings with the Himachal Pradesh Government during the Global Investors Meet at Dharamshala, latest by October 25, 2019.

Dr. Baldi, who was presiding over all review meeting of Global Investors Meet to be held on November 7 and 8, 2019, here today, said that lots of foreign and Indian delegates are coming for the Meet and they are coming with a special purpose to sign MoUs and do business. Therefore, the concerned departments should get Request for Proposal (RFP) bidding done so as to finalize the MoUs and separate officers should be appointed for B2B (Business to Business) meetings to facilitate the investments to be done in the private sector.

He directed the Industries Department to give him report after every two days regarding the tie-ups finalized regarding B2G meetings. In case if there is any issue in connecting with the companies, he will pursue the matter himself. He directed all the concerned departments to exchange their email id's and contact numbers of nodal officers and liaison officers with the foreign delegates to facilitate them.  He said, "The investors should feel satisfied that they have got the best from us (Himachal Pradesh Government) and we should also get the best from them", he added.

Dr. Baldi also directed all concerned departments to prepare brochures containing details of investable projects, availability of land (Government as well as private), incentives available, contact numbers of nodal officers etc so that the same could be given to the investors to give them first hand information of potential investment opportunities.

On this occasion, Chief Secretary thanked Dr. Vikas Chaturvedi for bringing large number of delegates to the Meet and directed all the concerned officers to get in touch with Dr. Vikas for contacting with the major companies.

He also directed that all necessary arrangements should be made for movement of foreign as well as Indian delegates from Delhi and Chandigarh to the Meet venue.