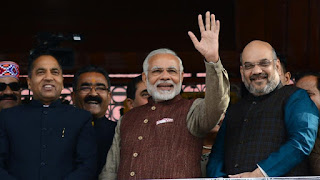 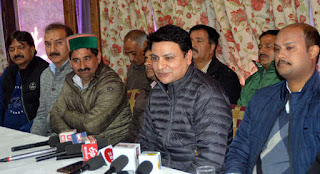 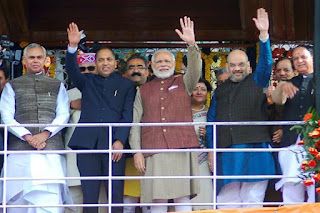 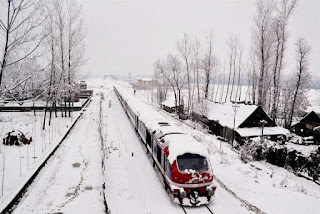 Vijyender Sharma
Dharmshala-----Prime Minister Narendra Modi will visit Himachal Pradesh on Dec 27. He will join in the celebrations to mark one-year of the State Government.He will release a document highlighting the achievements of the Government.The Prime Minister will address a public rally in Dharamshala in Kangra district.He will also interact with the beneficiaries of various Government schemes on the occasion.

Chief Minister Jai Ram Thakur and his 11 ministers -- half of them first-timers -- took oath of office on December 27 last year at a ceremony attended by Modi and BJP president Amit Shah.

The swearing-in ceremony at the historic Ridge here was also attended by Union Ministers Rajnath Singh, J.P. Nadda and Nitin Gadkari, besides the chief ministers of the Bharatiya Janata Party-ruled states, along with more than 30,000 party supporters from across the state.The BJP had secured a simple majority by winning 44 seats in the 68-seat state assembly.

Meanwhile, AICC secretary and former Minister Sudhir Sharma alleged that public money was being misused for the rally while the state was reeling under a debt of Rs 50,000 crore. He alleged that the BJP government was engaging 14,000 buses to ferry party workers from across the state for the rally. The cost of hiring these buses was nearly Rs 2.5 crore, he said, and added that they were also making arrangements for food and refreshment for nearly 35,000 party workers. Besides, 2,000 small cars were being engaged. All this would incur an expenditure of crores of rupees. The state government should explain the source of this money, he said.

"The one-year rule of the BJP is being seen as if there was no government in the state," he said. Alleging corruption, Sharma said that a new cmpany named Mahavir Enterprises was now supplying drugs in almost all government hospitals in the state. The government should reveal the names of the partners in the firm, he alleged.

Sharma said that the PM was to lay the foundation stone of CUHP at Dharamsala and Dehra during his visit. "Now, we have come to know that no foundation stone will be laid. It is being alleged that the paper formalities for handing over land to the CUHP have not been completed. What kind of administration is being run in the state that officers cannot complete the formalities for transferring land for the PM to lay the foundation stone," he alleged.The Congress leader also alleged that the government employees were being threatened to ensure participation of people in the rally. It was abuse of power, he alleged.