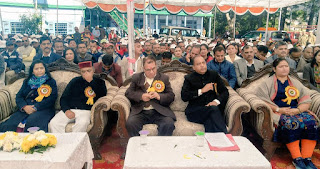 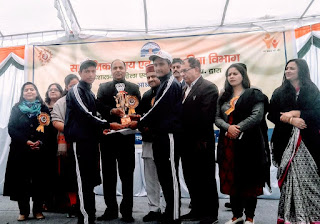 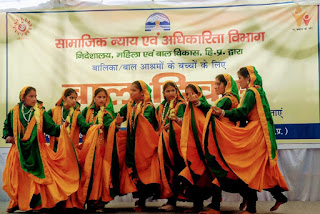 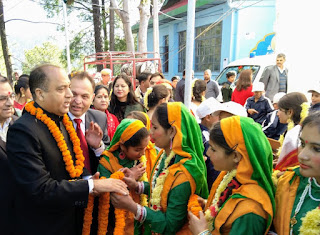 SHIMLA---        The state government would provide one time scholarship of Rs. 10,000 each to ten boys and ten girls living in Bal Ashrams topping in joint merit list of the Bal Ashrams/Bal Grih of the state, from 8th to 12th standard annual examinations under the Mukhya Mantri Bal Uddhar Yojana.

Chief Minister Jai Ram Thakur disclosed this while presiding over the state level closing ceremony of sports and cultural meet for children living in orphanage of the state organised by the Directorate of Women and Child Development department here at Balika Ashram, Tutikandi, today.

Jai Ram Thakur said that the state government would provide all possible help to ensure that the students of the Ashrams get better education and they become able to earn their proper livelihood.

He said that need of the hour was to bring out the best from within such children by providing them facility of good teachers and also giving exposure visits in different parts of the country so that they could themselves see and feel the distinct culture and customs of India. He said that he recently visited this Ashram on Diwali and was impressed by the talent of the students.

He announced that all the 1500 students would be provided warm jackets by 15th of December this year.

The Chief Minister distributed prizes to the children who excelled in various sports and cultural events.

Education Minister Suresh Bhardwaj said on the occasion that the state government under the leadership of Chief Minister Jai Ram Thakur was poised to make Himachal Pradesh a model state of the country in matter of development. He said the very first decision that the state government took after assuming the reins was to lower the age limit from 80 years to 70 years to get old age pension without any income limit.

He thanked the Chief Minister for starting HTRC taxi service from  Ridka  village, near this Ashram to the CTO, Shimla.

A clourful cultural programme sas presented by the children of the Ashram on the occasion.