Justice Deliverance can be Speeded up through Alternative Dispute Resolution 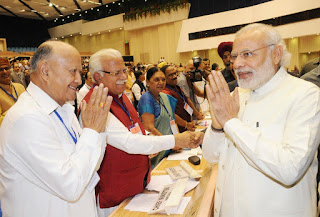 Justice Deliverance can be Speeded up through Alternative Dispute Resolution

He said in addition to existing framework of law, Alternative Dispute Resolutions(ADR), has proved to be very effective for speedier deliverance of justice, ADR mechanism, live arbitration, mediation, conciliation, judicial settlement and Lok Adalats have considerable reduced pendency, in the Courts.

He said that State litigation policy of Himachal Pradesh was very clear, that specified unproductive litigation should be avoided at every level, on issues related to the Government.

Shri Virbhadra Singh said formation of State Administrative Tribunal in the State has not only provided speedier justice but also lessened the burden of the State High Court.

He said that the State has also created six fully equipped and functional Courts of Mobile Traffic Magistrates, to resolve pendency of cases, in motor vehicles, in Courts.

Shri Virbhadra Singh the State Govt. has also sanctioned Rs. 28.50 crore for construction of Justice Academy at Shimla. He urged the Centre Government to release additional funds worth Rs. 100 crore to complete the project. Budgetary provision has also been made for establishing National Law University at Shimla, he added.