IFFS has announced the Entry for its 8th Edition 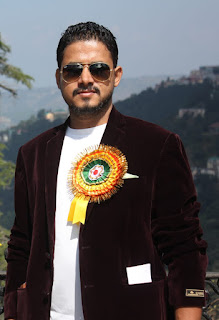 IFFS has announced the Entry for its 8th Edition

Shimla The 8th edition of International Film Festival of Shimla has announced the entry open for films in International, National and State category. The festival has opened entry for Feature Films, Documentary Films, Short films and Animation films. The last date for the film submission is 20th June 2022. Filmmakers can submit their entry on festival website or film submission portal film freeway.

Festival Director Pushp Raj Thakur said that many independent filmmakers are making films and are looking for platform for the screening of their films. International Film Festival of Shimla has already gained popularity among the filmmakers around the world. The no. of participating countries are increasing in every edition. Since last six years more than 35 countries has participated in IFFS in each edition. The festival is organized every year in Gaiety theatre Shimla. Deepti Naval, Sanjay Mishra, Thalaivii Director Vijay has graced the previous editions of IFFS.