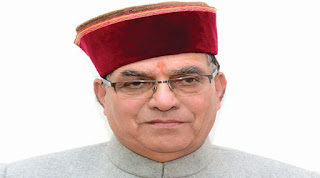 Suresh Bhardwaj said that India's economy is the fastest growing economy in the world even during the Corona period. This Union Budget would provide more pace to the economy of the country. He also appreciated the Prime Minister Gati Shakti, under which emphasis would be laid on strengthening roads, railroads, airways, airports, freight transport, waterways and logistic infrastructure.

He said that the developed countries in the world have been the first to improve and strengthen their transport services. In this budget, Rs. 20 thousand crore have been earmarked for road transport only, which is a commendable step.

Suresh Bhardwaj said that the Government of India has constituted separate Ministry of Cooperation. In this budget, the government has allocated more than Rs. 1000 crore for several schemes including digitization of cooperatives.