The day will be remembered in India's history as a black day : Kapoor 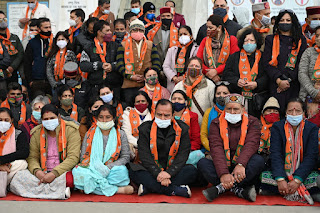 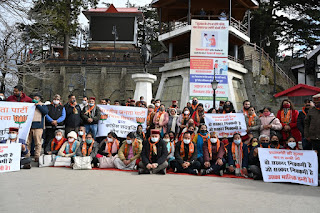 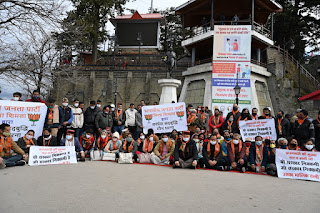 The day will be remembered in India's history as a black day : Kapoor

• Congress party and its leaders hate Narendra Modi , but they have no right to hate and demean the Prime Minister who belongs to the entire country.
Vijyender Sharma
Shimla, BJP himachal pradesh today protested against the Punjab Government and congress for the security breach in PM's visit , the protest was presided by BJP State General Secretary Trilok Kapoor.
During the protest kapoor said our country has witnessed an unprecedented situation. The kind of glaring and shocking lapse that occurred in our Prime Minister Narendra Modi security in Punjab is highly shocking and deplorable, the country has never faced such situation neither during the worst of terrorism days nor in terror-affected areas.
He said The day will be remembered in India's history as a black day when the bloody designs of the Congress party failed in the holy land of Punjab. The leaders of the Congress party who hate Shri Narendra Modi ji, who is the Prime Minister of the entire country, were instrumental in making a mockery of the Prime Minister's security and tried to fail Prime Minister's safety and security.