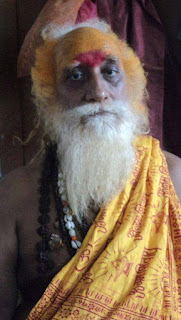 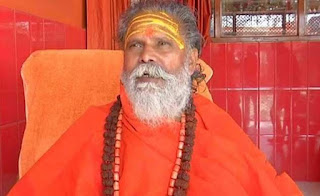 JAWALAMUKHI, 23 September (Vijayender Sharma)  Shri Mahant Brahmrishi Maharaj, who was the former President of the Udasin Panchayati Bada Akhara, expressed deep sorrow over the death of President of Akhara Parishad and President of Baghmbri Math of PrayagRaj , Mahant Narendra Giri Maharaj of Nirwani Akhara, describing his death as an irreparable loss to the Sant Samaj.

He said that the country was shocked by Mahant ji's untimely departure. He was not an ordinary person. He always showed the right path to the desperate and downtrodden. This is the reason why it does not seem that he can take such a fatal step like suicide. I have met him many times during my Prayagraj Visit and Kumbh mela.

I don't think Mahant ji can do anything like this. Sant Samaj can never forget his contribution in the successful organization of Kumbh mela. The UP police should not reach any conclusion even before the investigation. This may also affect the investigation. Looking at all the developments, many questions are arising whether it is suicide or a planned murder. Therefore, on this matter, UP Chief Minister Yogi Aditya Nath ji and Prime Minister Narendra Modi ji should take the initiative and investigate the matter in an impartial manner. So that the truth can come out,he added.

It is noteworthy that the body of Mahant Narendra Giri Maharaj was found hanging in his Baghambri Math in Prayagraj. Police have found a seven-page suicide note at the spot. The investigation of the matter has been started. And there have been some arrests too. This has raised hopes of catching the culprits.